Have you tried our Lemon Flavored Olive Oil? It's

Please take note of our hours this weekend. We wil

It's time to bring your favorite person to Campos

Start 2022 with your best self and let us help! At

Merry Christmas from our family at Campos Family V

Let us help you complete your holiday celebration! 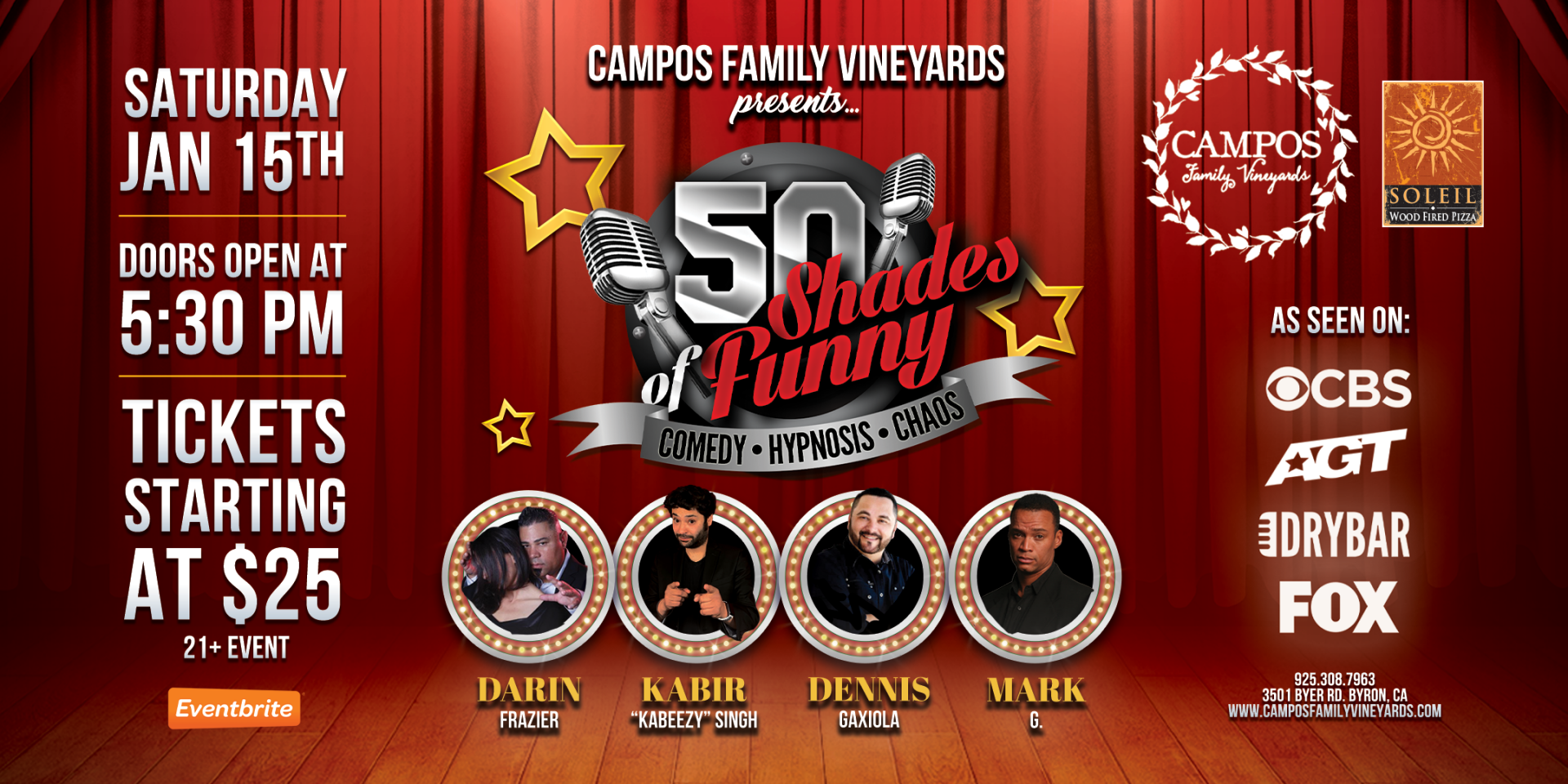 Campos Family Vineyards presents, 50 Shades of Funny! A night of comedy, hypnosis, pizza, wine and SO MUCH LAUGHTER!!!

TICKETS GO ON SALE TO THE GENERAL PUBLIC ON TUESDAY, NOVEMBER 2ND AT NOON.

We have a hilarious evening planned for you this January!!! Grab your favorite person or persons to laugh with and join us on January 15th, 2022!! We have several comedians AND our talented hypnotist will be asking for volunteers on stage to work his hilarious magic on!

We are honored and excited to present to you our lineup for the evening:

Soleil Woodfired Pizza will be available for purchase.

Please view the map, and make your ticket selections. You will have an option to choose where you will be seated (click on “buy on map”,) or the system will choose the best available or you… Unfortunately, we cannot move tables or make trades once tickets have been purchased. Tickets are available at tables in groups of 2, 4 and 6.. Individual General Admission tickets are also available in the G/A seating area. Due to the arrangement of tables in the building, we cannot add an extra chair to any of the tables.

There is no outside alcohol allowed on the property as well as no outside food or reusable beverage containers.

This event is for 21+ ONLY. No exceptions. Thank you.

We do not discriminate against any customer based on sex, gender, race, age or vaccination status. All customers who wish to patronize our establishment are welcome. 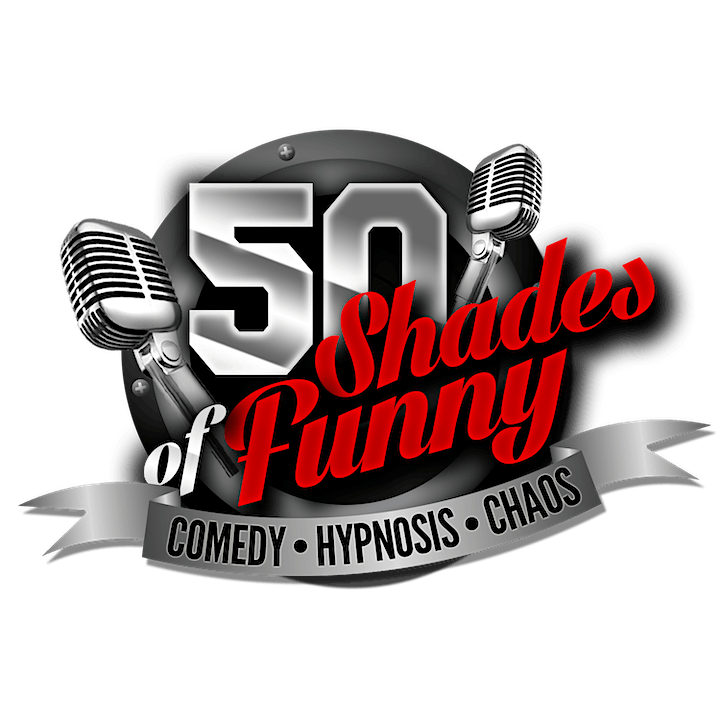